“Today I went to school After school Barbara and I went down the street. At night we went to the show. A.T., Don, Don, Steve and a bunch of other guys were there. But we didn’t see Barry. Then we saw him, he was 4 seats in front of us. He saw us but every time he went up, he wouldn’t even look at us. Then later he came by and he hit me in the head with something. Next time he went by he said ‘Don’t worry baby, we’ll be back’ or something like that When he came back he hit me in the head with his hand. We saw ‘Pocketful of Miracles’ and ‘The Naked Edge’.” 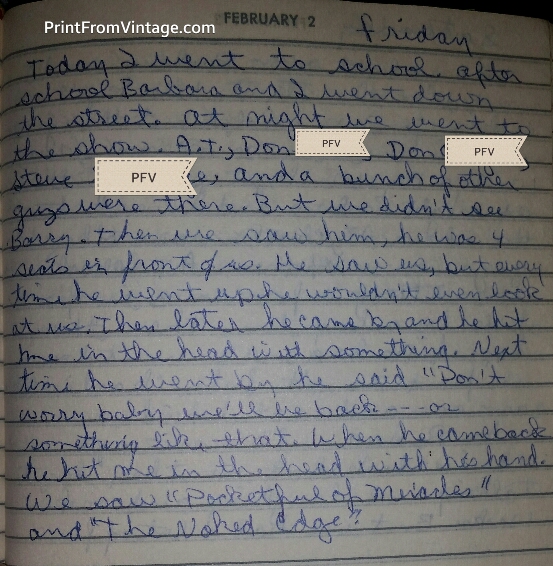 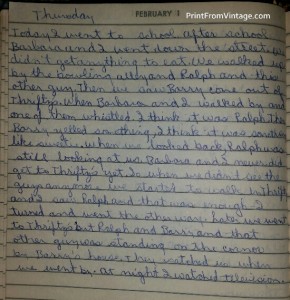 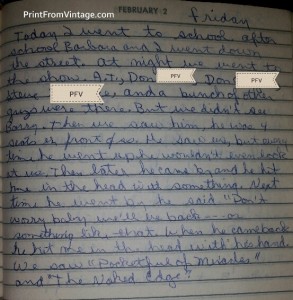 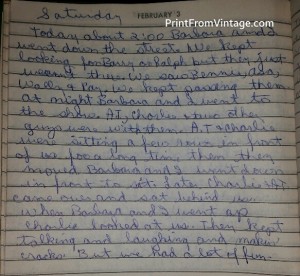 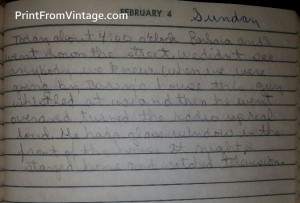 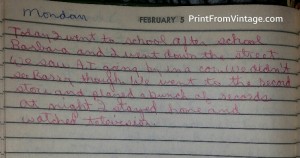 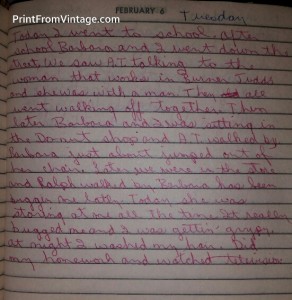 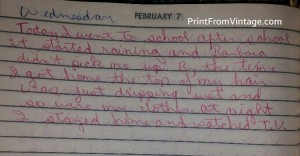 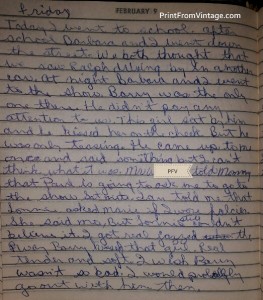 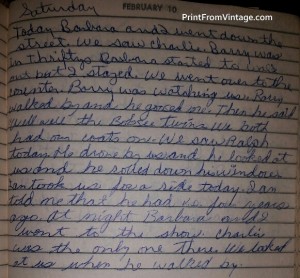