“Today, I went to school. In English and Math class, I just sat there and stared at Warren and he looks at me all the time too but he probably doesn’t like me in the least. At night, Barbara and I went down to the miniature golf course and Loren was working. When we went up to the office, Loren smiled real big. We started playing the 10th hole first because there was somebody on the first hole. . .

On the chip shot we got the ball stuck so Loren would have to come over and get it but this man got it for me. . . 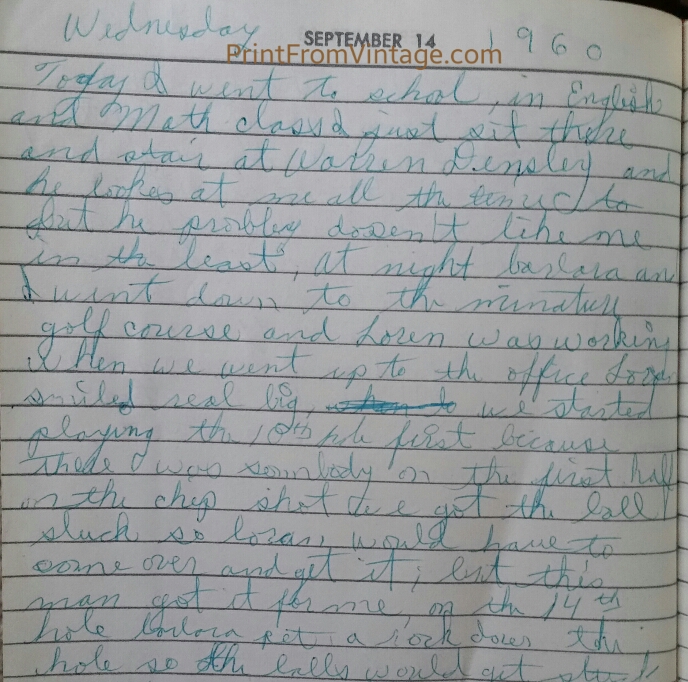 . . .On the 14th hole Barbara put a rock down this hole so the balls would get stuck and they did so Barbara got Loren to come over and he tried for about 15 minutes to get them out and finally he got the blower and got them out. All the time Loren was there, he was smiling and talking. When we got finished playing, Jimmy came and so Loren went to his car. Then he ran back and got a book. It looked like a Math book. Then he left again. When he was opening his car door I said, ‘Bye Loren’ and he said ‘Bye’. He said it real high up. Later Palmer came and Jimmy was trying to find out Barbara’s and my phone number. Jimmy said to me, ‘Your birthday’s in July isn’t it?’ and I said ‘Yes’. Anyway, Jimmy’s birthday is on July 2nd, 3rd or later. Barbara and I were goofing out using the phone and Barbara asked, ‘If I call Dickie, will you talk?’ So, I did. Only I thought Barbara meant Darry but she called Dick and I asked for Richard. Then I said to Barbara, ‘Let’s call 6-1-4-6472′ and I didn’t think Jimmy heard me but he said, ‘Who lives there?’ and I said, ‘You mean you don’t know?’ and he said, ‘The boss?’ and then he told Palmer that I was crazy over Malcolm. I love Malcolm.”

All Entries in September 1960: 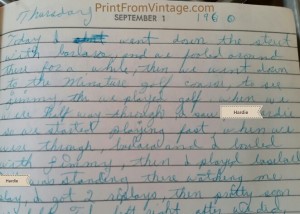 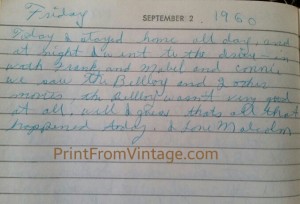 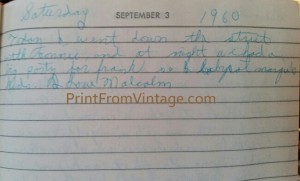 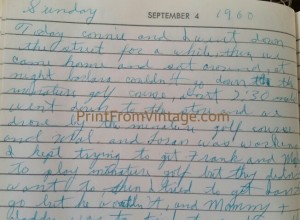 Miss Norma’s Diary – September 4, 1960 – “So, I just sat in my room and cried because I don’t think Mal will work next Sunday because he leaves on Monday” 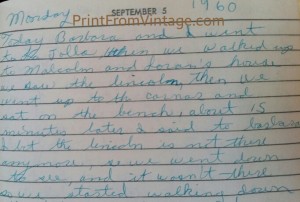 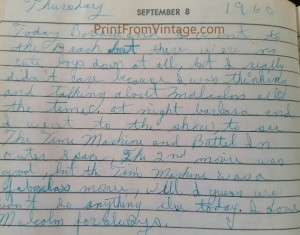 Miss Norma’s Diary – September 6, 1960 – ” I stayed home all day listening and trying to win the contest on KIDEO “ 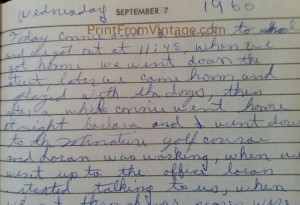 Miss Norma’s Diary – September 8, 1960 – “Today Barbara and I went to the Beach but there were no cute boys at all” 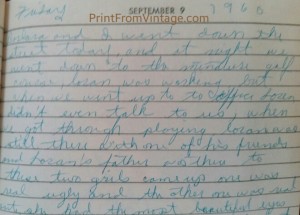 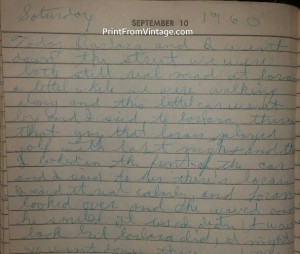 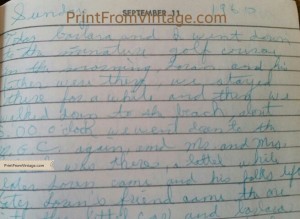 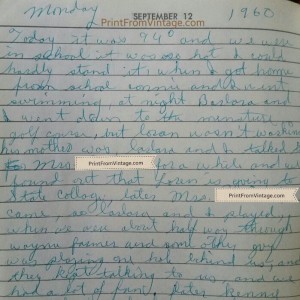 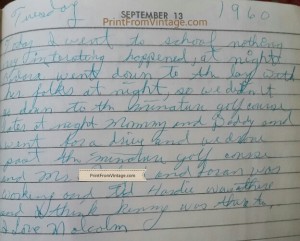 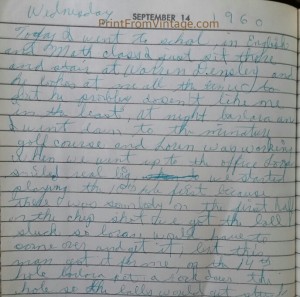 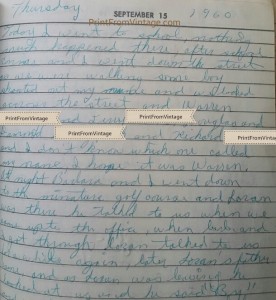 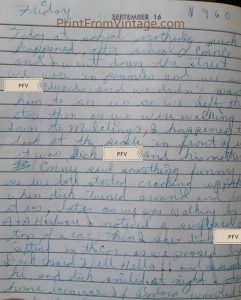 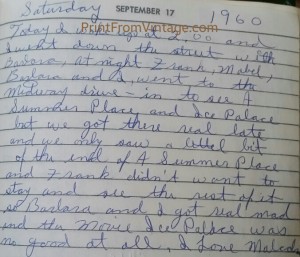 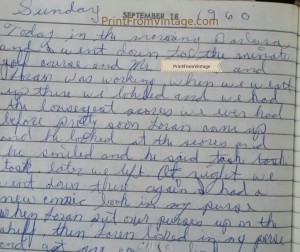 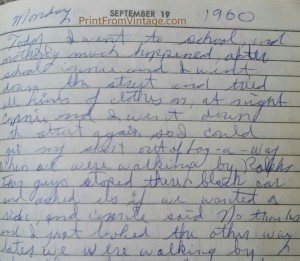 Miss Norma’s Diary – September 19, 1960 – “these guys stopped their black car and asked us if we wanted a ride” 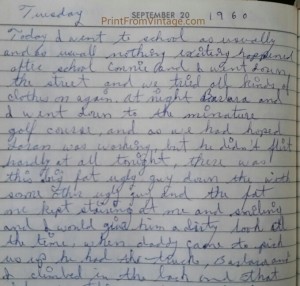 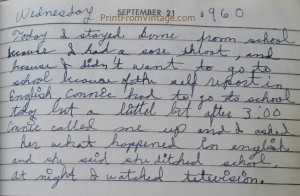 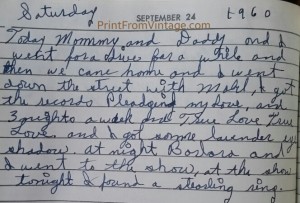 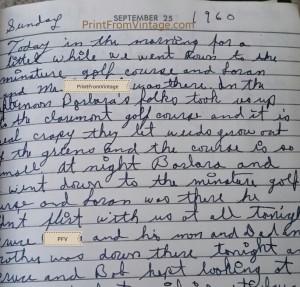 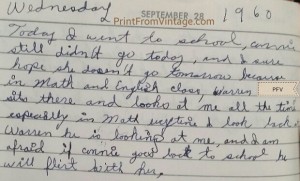 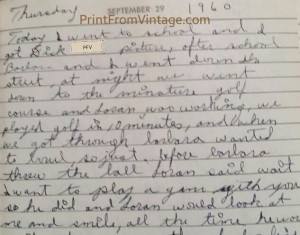 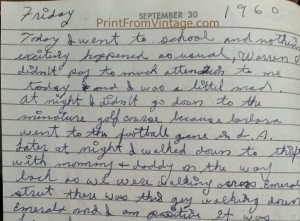