The unanimous Declaration of the thirteen united States of America

This extraordinary document was the beginning of a new nation.  It was the first time that the words “United States of America” were ever used.  Originally, we were called “The Thirteen Colonies”.  However, the title definitely declares that at that moment, July 4, 1776, we were no longer affiliated with any other country and our new found freedoms were now protected by our government.  However, this document also states that if any government pursues invariably one ‘Object’ until all of us are reduced to ‘absolute Despotism’ (slavery) then it is our ‘right’ and ‘duty’ to ‘throw off such government’. Afterwards we are  ‘to provide new Guards for’ our ‘future security’.

The point is, this was more than just a declaration. The United States of America was going to forge a new path in this world.  All eyes were upon us because we were were going to lead a new way of life in which we have a government that was for the people and by the people.  A government that could also be made worthless by the people and a new one put in its place ‘laying its foundation on such principles and organizing its powers in such form, as to them shall seem most likely to effect their Safety and Happiness’.

This document is now becoming more popular as people begin to realize the meaning of these antique words from 1776.  They are filled with inspiration, hope and a desire to be the best. This is what makes being an American a unique experience, the fact that we have the opportunity to start from scratch at any time so long as we keep each other’s best interest in mind. The result being: We are in this together! 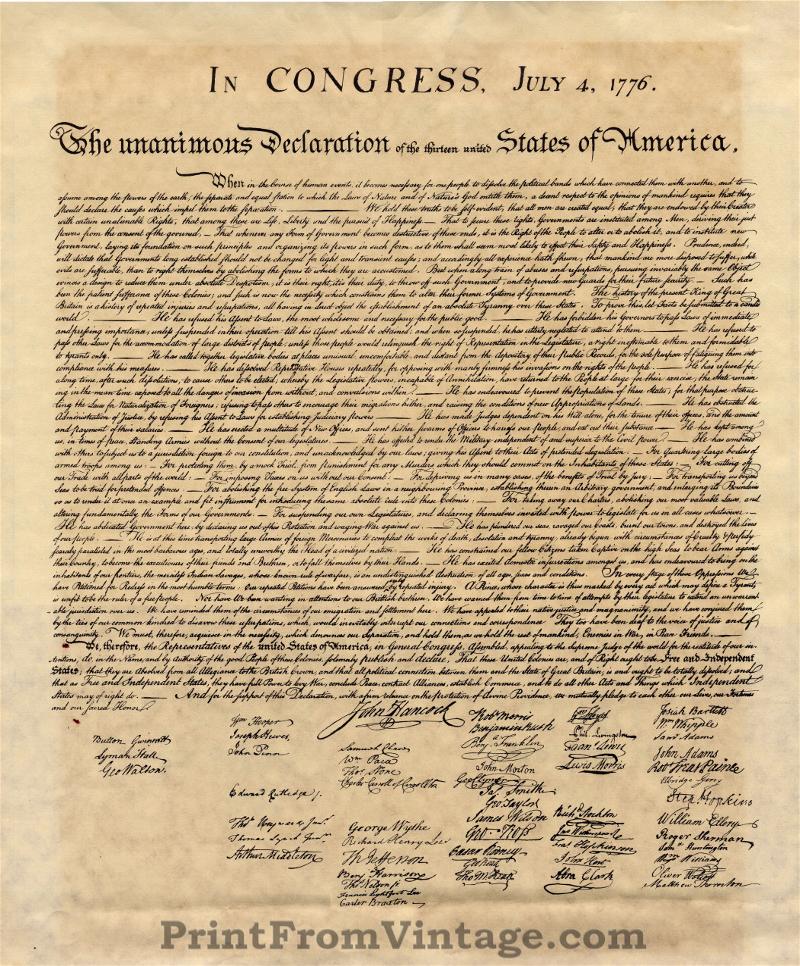