Henry Miller vows to do better in this new “medium”:

Obviously, this new experience changed him in such a way that he began to think about what the future might hold and that is when he incredibly describes “The Internet” as it is today! (see video below)

Henry Miller Predicts The Future In These Rare Recordings from 1949! 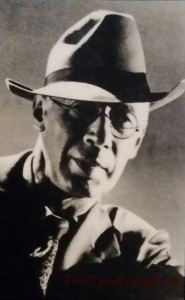 During his life, he spent 9 years in Paris beginning in 1930 in which he wrote several books, including what he considers to be his best book ever written, ‘Black Spring’. Then he moved to Greece where he stayed for another year until he was ordered to return to the United States by the American Consulate, an experience he describes in his book ‘Colossus Of Maroussi’. After traveling the United States for a while, he eventually made his way to Big Sur, California where he continued to remain.

Both of these books ‘Black Spring’ and ‘Colossus Of Maroussi’ were the subject of these recordings in which he read parts of them aloud for the first time and came away with an insight that predicted the future perfectly!

“In another 50 years, there won’t be anymore books”

“We might have that wonderful thing happen, like a miracle and I can see it happening. . . .that when a man feels like creating, he’ll just create and maybe he won’t even open his mouth. But it’ll register and it’ll register on everyone!”

“The real, spontaneous, creative act will be communicated universally, simultaneously, instantaneously! That would be a wonderful thing. . . “

These words were taped in June, 1949 by Louis and Bebe Barron in Big Sur, California.

After this first recording, Henry concluded that the ultimate goal of all creativity must be a direct, personal form of communication and recording was a step in the right direction. Many of these thoughts are spontaneously expressed by Miller in these recordings.

Henry Miller was born of poor parents in 1891 in New York. He wrote his first book in 1923 and even though it was badly written, he felt that he had found his purpose.  His quit job and “from then on the real misery began” with years of poverty that followed and Henry Miller, literally begging in the streets for his next meal!  Since then, he found his way and now we have a small insight into what he believed the future to hold. Check out this clip that I edited down from my own, personal copy of this hard-to-find CD version of this rare recording: 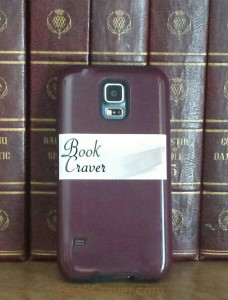