I used to think that tea was better than coffee but now I am conflicted and overwhelmed by the information that exists in the world today.  It is as if anything can be refuted and for that reason, one person can argue that tea is good for you (herbal, medicinal etc.). Yet, I wonder where this information comes from? T.V.? Internet? Schools? Doctors? With informers like these, we tend to just believe what we are told, without investigation of our own until we ultimately believe that it is good for us even though those who say this are often selling it as well. For example, the tobacco industry honestly tried to convince people in the early 1900s that tobacco juice and smoke are antiseptic (that is: having some effect on germs of disease)! Of course, people were ready to believe this and so chewing and smoking tobacco became a very justified thing to do. However, this was proven wholly wrong during an experiment in which a piece of dead heart tissue which was fed (perfect blood) subsequently began showing signs of life in the most remarkable way (the the heart pieces were actually beating) that is, until: “the slightest breath of tobacco smoke on the [beating heart pieces] resulted in the instant stopping of the heart pulsation, and the cessation of the growth of new tissue”

At some point in our lives, there is a truth that surfaces beyond all doubt and most often, this same truth already surfaced in the past but is well suppressed in our present times.  Regardless, we believe that we know everything until we are confronted with a truth that was proved to be so a long time ago which makes you wonder why it hardly exists today and even runs contrary to our current beliefs.  Usually, I find that many old truths don’t coincide with what today’s moneymakers want and that is: A society of people who are ready and waiting to do exactly as they are told. So, if you feel like tea is something that you “need” to relax, for your throat (which doesn’t actually help), or simply that it is better than coffee, then please read the following passage from “Complete Life Building” – 1929:

“Tea is a direct poison. It is wholly foreign to the human body. . . 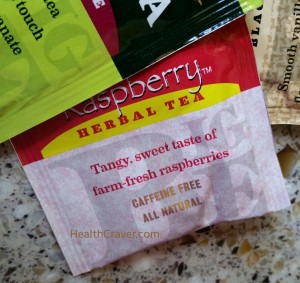 . . .It weakens every organ, and acts directly on the bladder, making it very difficult to retain the water there.  Ice Tea, as the Chief Chemist of the United States Government stated, is “slow suicide”. Tea drinking undermines the brain forces, ruins the memory, causes loss of faculties long before age has come on, and makes a person desperately nervous, and subject to gloomy moods by night and day.  Its end is paralysis.

See What This Book Has To Say About Coffee! (Believe it or not – it’s better than Tea!) Coming soon. . .Check back shortly . . .