“Today I got up and took a bath. Then Barbara and I went down the street. We saw Ralph’s car. Then later we saw Dave drive by and he looked at us. Later he went by again. Then Barbara and I were going up the street and this guy drove by and I kept looking at him he was real cute and he was driving a red pick-up truck. Then as we were walking to the record store he went by again and he peeped the horn. We saw Asa and Bennie and Ray. At night Barbara and Ia and I went to the Roxy Ralph was there and Barry, Don, John Dan and a bunch of other kids. Barbara, Ian and I were sitting there messing off and John and Richard was sitting in front of us and in front of them was Don and in front of him was Barry, Ralph and a bunch of other guys. Well anyway I was trying to get money out of his pocket so I could get him a coke and I got my hand stuck in his pocket, only it didn’t look like it was in his pocket. I was trying to pull my hand out of his pocket and John turned around and then I got my hand out and real loud, I said ‘I couldn’t get it’ and all the guys started cracking up. It was so funny. I got up real fast cause I couldn’t take it and I almost ran up the isle. Then I waited up there for Barbara and I started laughing. This key kept looking at me. I think he must have thought I was crazy standing up there laughing to myself. Later when Barbara and I were up in the snack bar, Barry came up and he came over by us. He turned and looked at me kind of out of the corner of his eye. Real sexy like. It got me jazzed. After a while, Ian and those guys were making loud noises and some boy went up and got the usher. Ian and them ditched. Some of them went to the other side of the show and Dan sat between Barbara and I. Then later they came back. What a blast.” 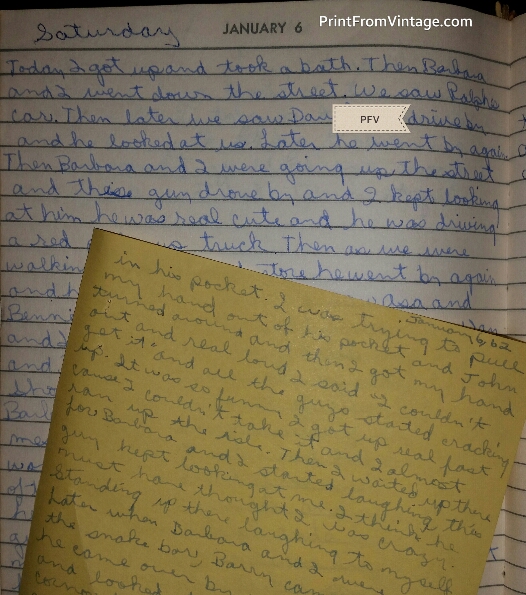 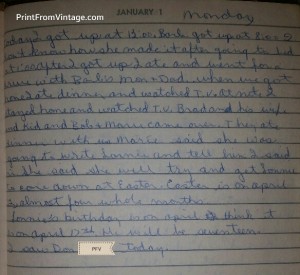 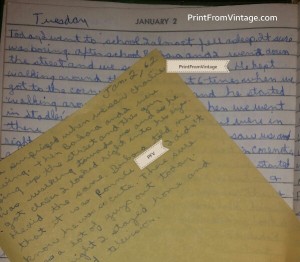 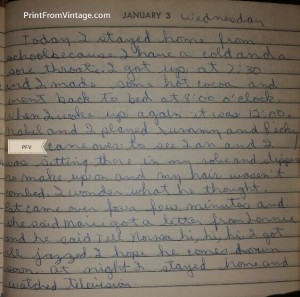 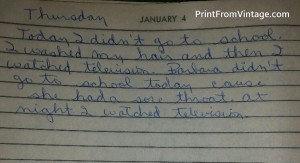 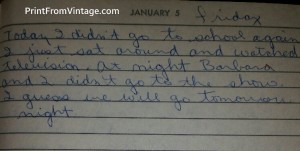 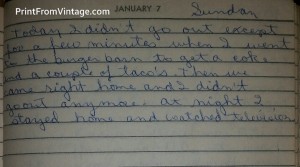 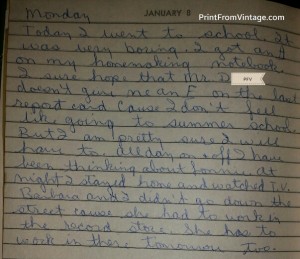 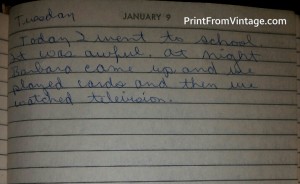 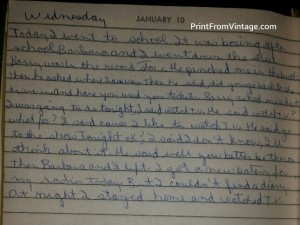 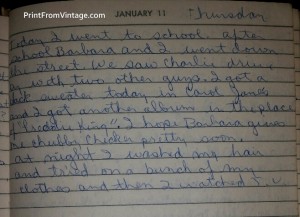 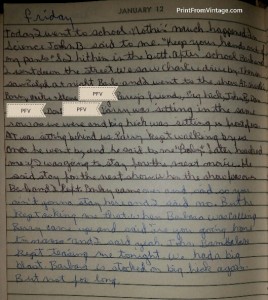 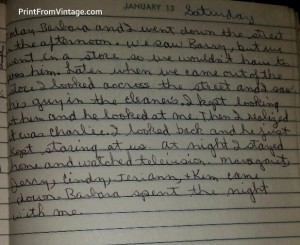 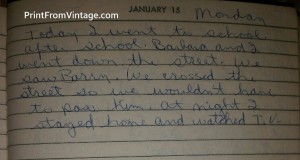 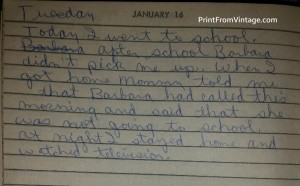 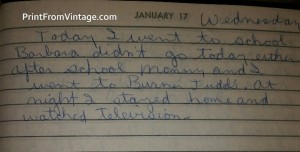 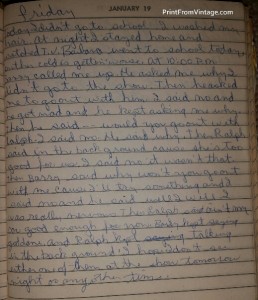 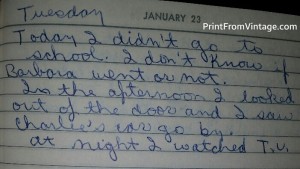 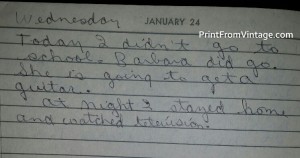 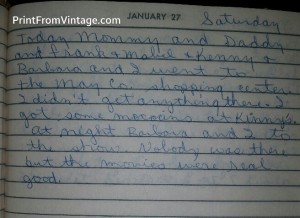 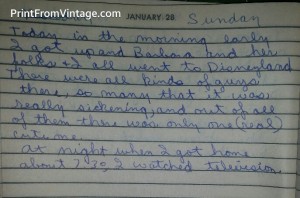 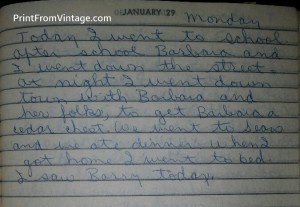 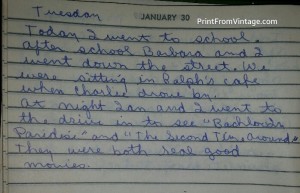 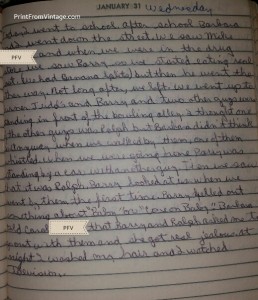