“Today I went to school. At night Barbara and I went to the show. Barry, Steve and some other guys were sitting in the same row we were. Steve and Mike was there. Larry, Ronnie, Sonny, Don, A.T. And about a million other kids were there. Well I kept saying ‘I wish Charlie was here.’ During intermission, I looked around to see who was there and Charlie was sitting two rows behind us. . Well, pretty soon I heard someone sit down behind us. And I just knew that when I turned around it would be Charlie and it was. Every once in a while Sonny would look back at us. When Barbara and I went up Larry & Sonny were up there and Sonny said ‘Well, don’t say hi.’ Barbara and I just walked away. We really floored them. Toward the end of the movie Charlie got up and left. Barbara and I thought that he was go. So in a few minutes later, we decided to leave. When we went up Charlie was just coming out of the head. Well we stood around for a few minutes then we went back and sat down about ten minutes later we left. While we were standing outside I saw Charlie look out the door. Then he came out and talked to a few guys for a few minutes. Then he left. He walked up the way Barbara and I used to walk home. Then Barbara’s father came! Charlie sure is cute. Oh yeah, when Barbara and I went up the isle once Charlie looked at me and when we got up there, Barbara said that he watched me walk all the way up. 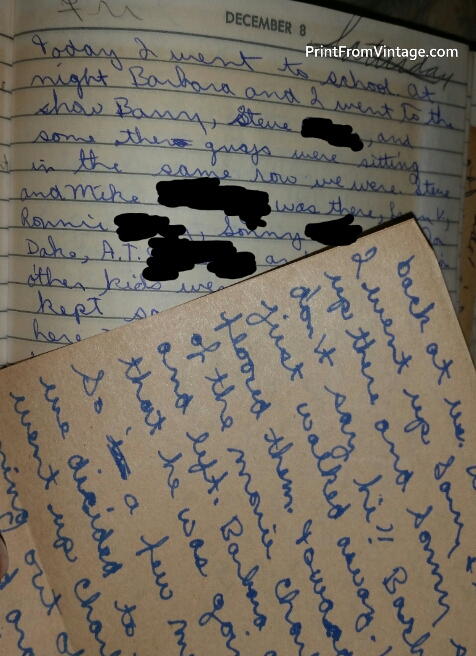 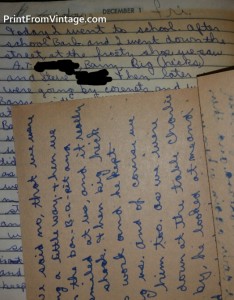 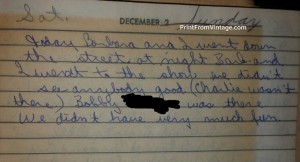 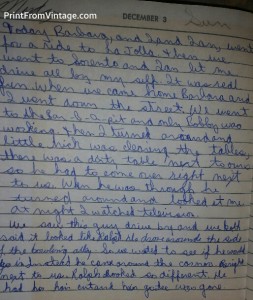 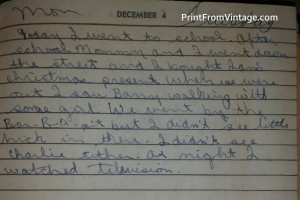 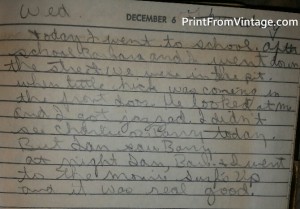 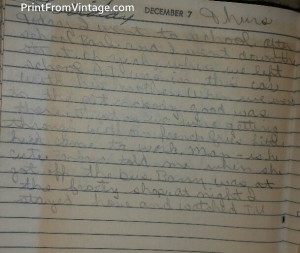 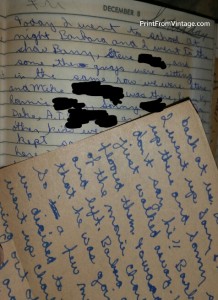 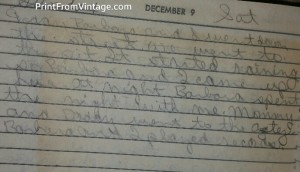 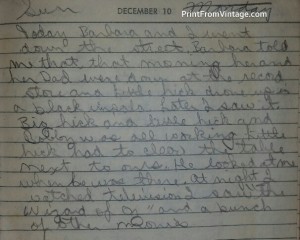 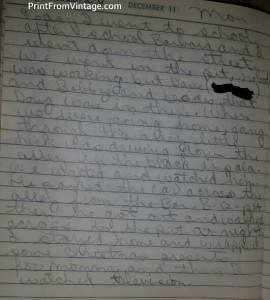 Miss Norma’s Diary – December 11, 1961 – “Little hick was driving down the alley in the black impala” 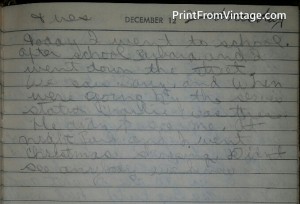 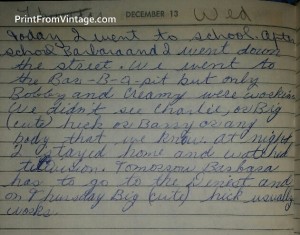 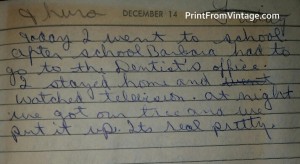 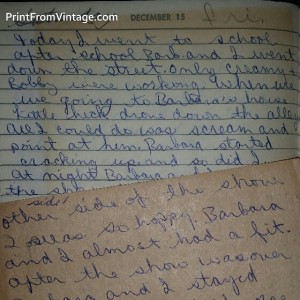 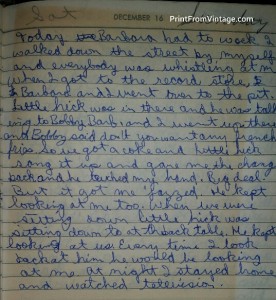 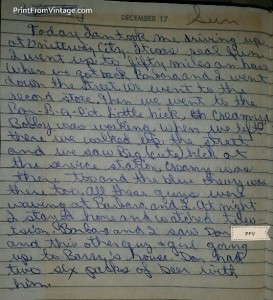 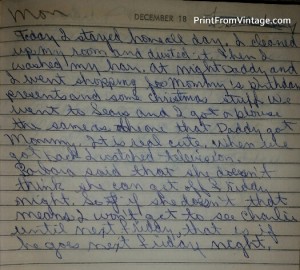 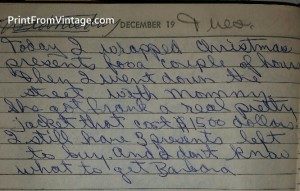 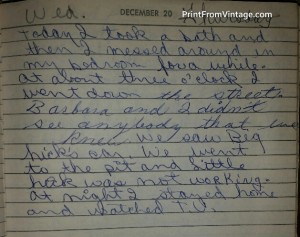 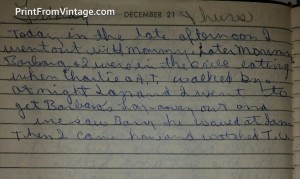 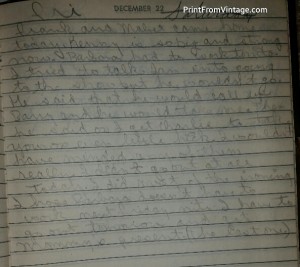 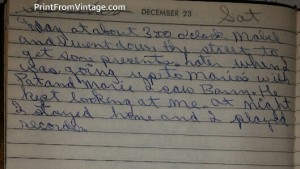 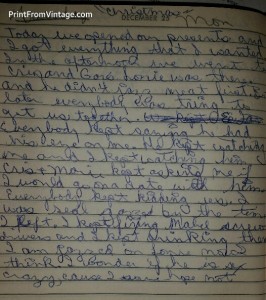 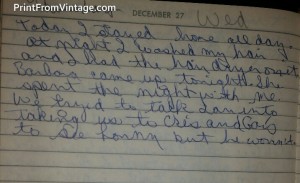 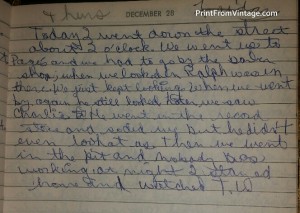 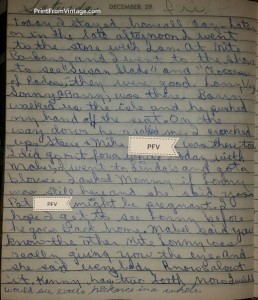 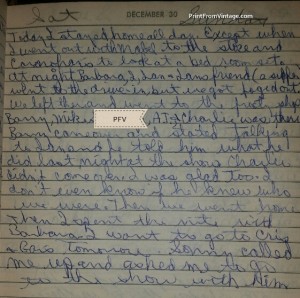 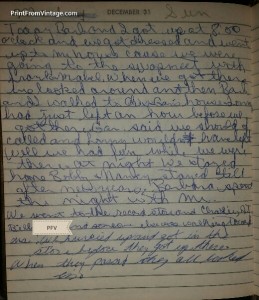