“Today I stayed home most of the day and then at night we went to the M.G.C. Mr. and Mrs. Richards was there. Barbara and I played one game and then we went over to the Wash Place to see Mrs. Richards and we were there for a while talking to her. She was talking about her boys most of the time and then we were talking about cars and she said, ‘I hate to drive with Mal but Lorrin is a good driver.’ . . . 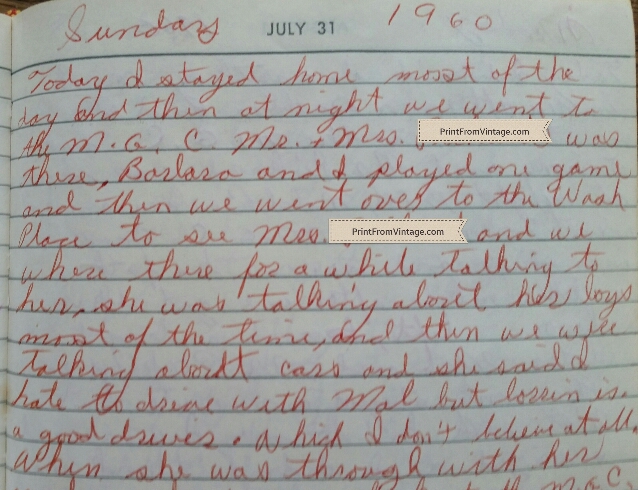 . . .When she was through with her washing she drove us back to the M.G.C and Bill was there so Bill, Barbara and I played a game and Mr. Richards let us have it free.

Well that’s all that happened today.” 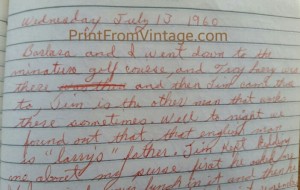 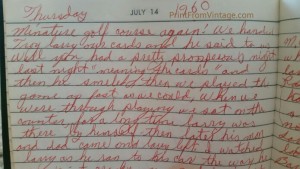 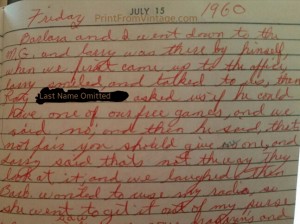 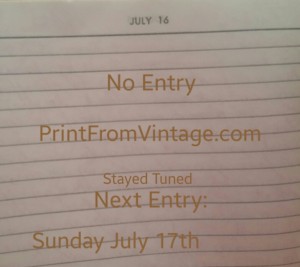 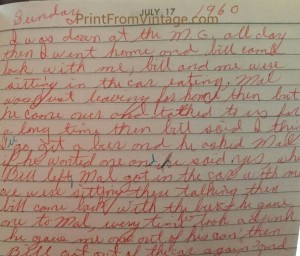 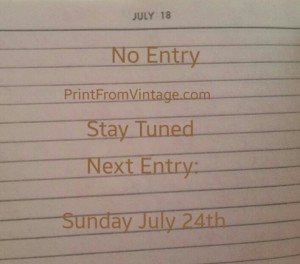 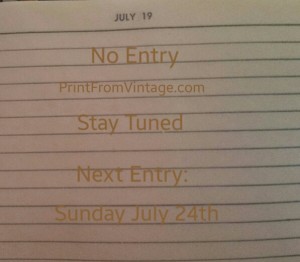 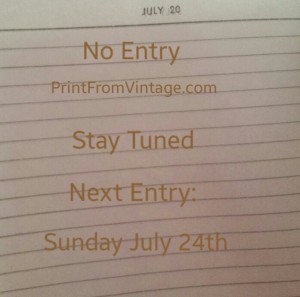 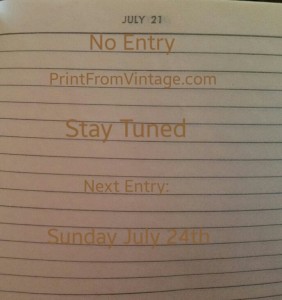 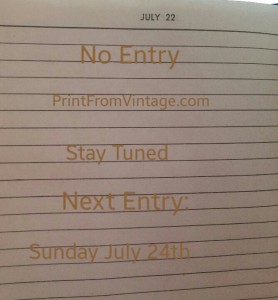 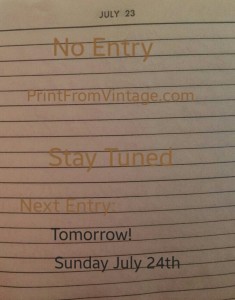 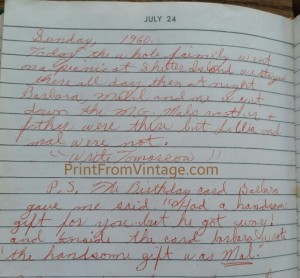 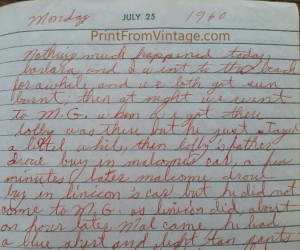 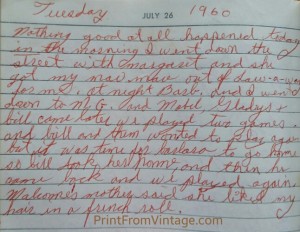 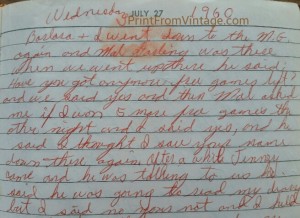 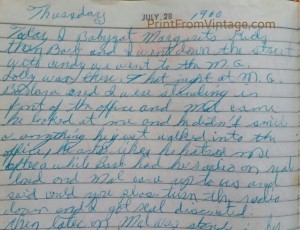 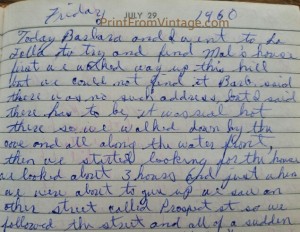 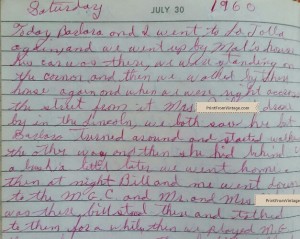 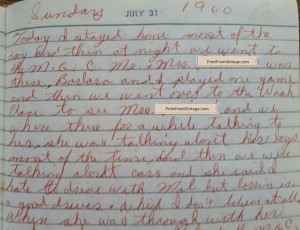